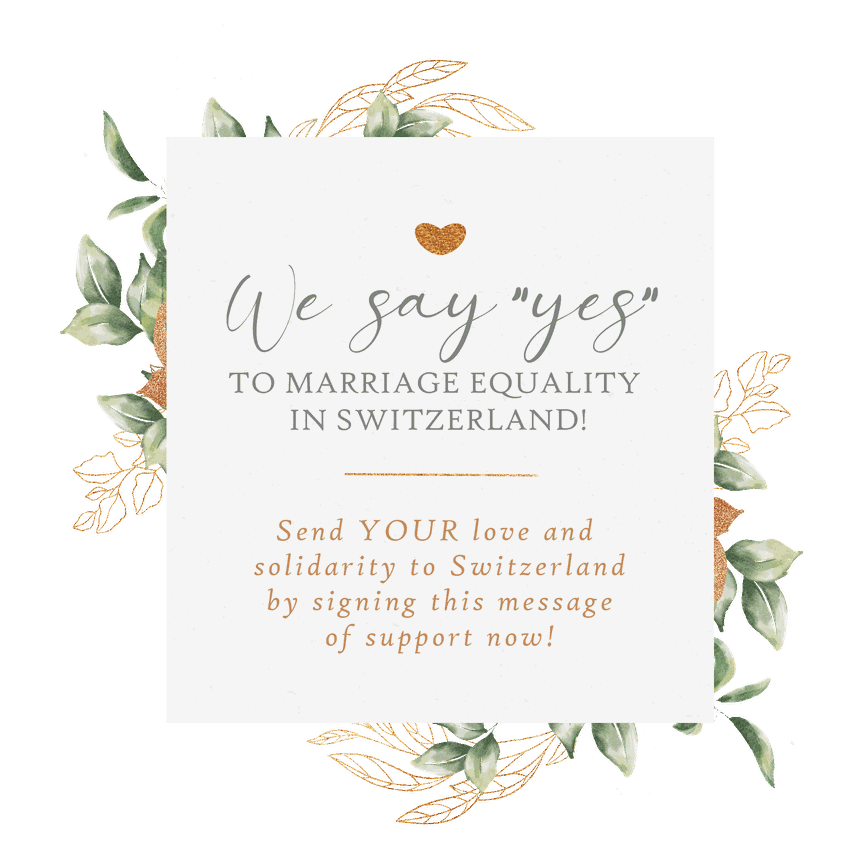 On September 26, 2021, Swiss voters will have a final say on marriage equality.

All around the world, married same-sex couples have sent hundreds of messages of solidarity to the Swiss people.

To date, 29 countries have legalized same-sex marriage across the world. Thousands and thousands of same-sex couples around the globe have since tied the knot. 🥂

Switzerland is not there yet: Although the Swiss parliament decided to introduce marriage equality in December 2020, its opponents have pushed through a referendum to try to reverse this decision. That means, on September 26, Swiss voters will have a final say on the matter.

And they are not alone!

In order to support the Swiss in the weeks ahead of the vote, hundreds of All Out members from all around the world have sent us their same-sex wedding photos and uplifting words of support to couples in Switzerland.

We stand in solidarity with same-sex couples in Switzerland, trusting that Swiss voters will say "yes" to marriage equality on September 26.

We're sending all our love and support, and we can't wait to see LOVE WIN in Switzerland!

"Switzerland, you can do this – support love!"

"With love, from us to the people of Switzerland. Can't wait for your yes!"

"For the joy, pride and of course, love of a legalized same-sex marriage in Switzerland!"

"Keep fighting, Switzerland! All Swiss couples should have this right."

"Everyone deserves to have their love recognised and celebrated." 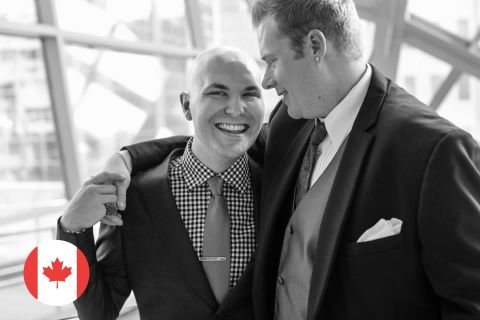 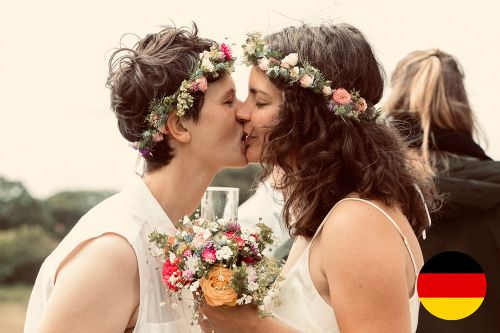 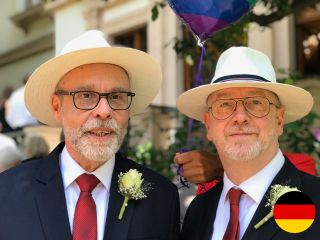 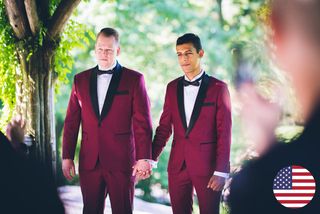 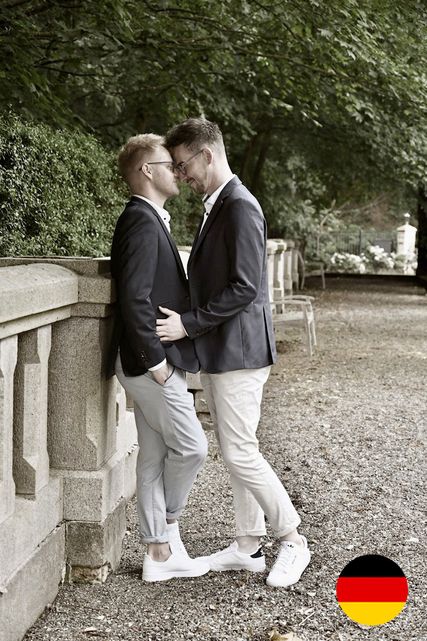 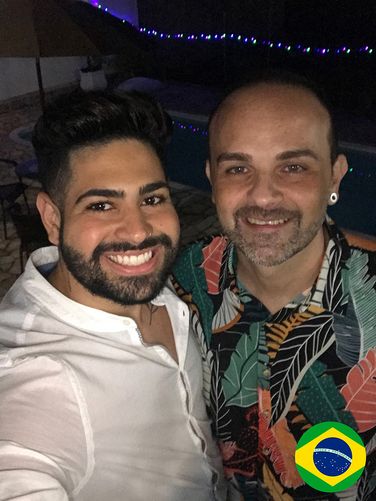 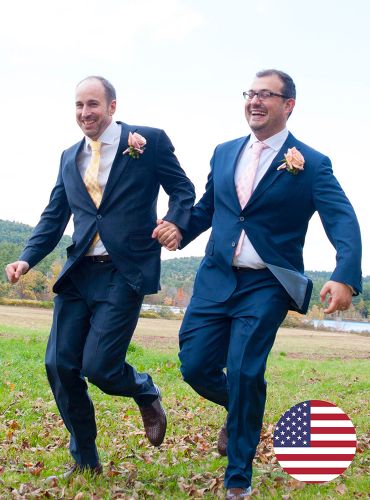 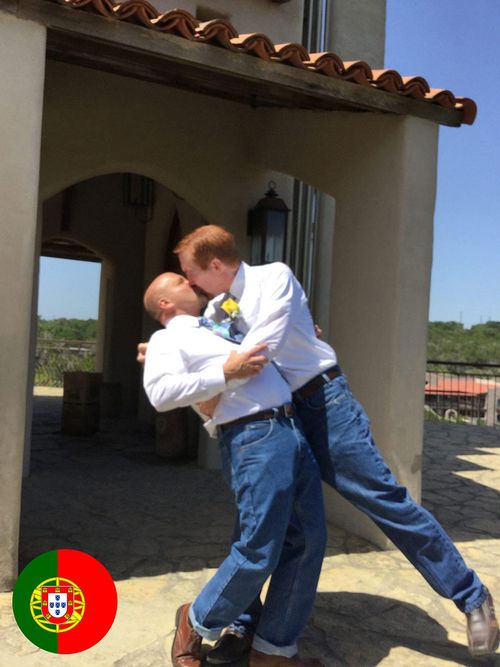 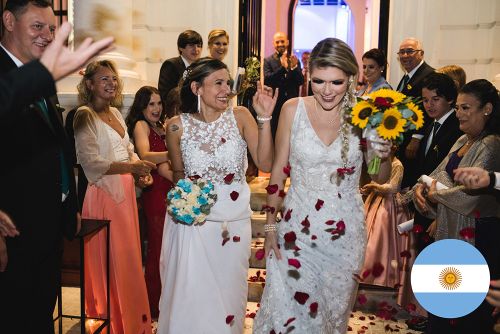 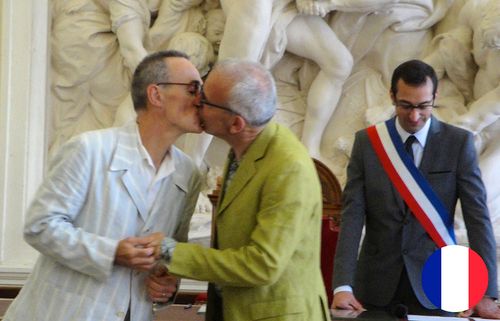 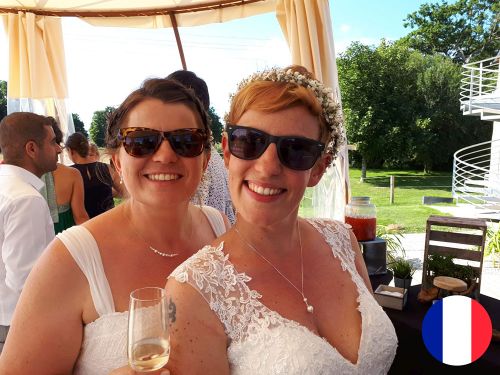 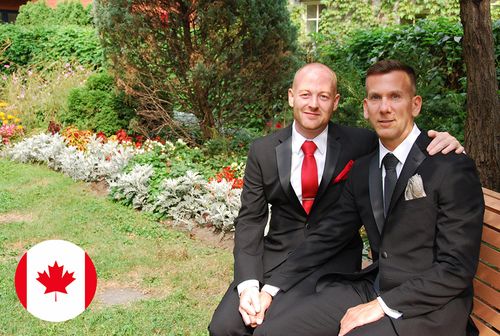 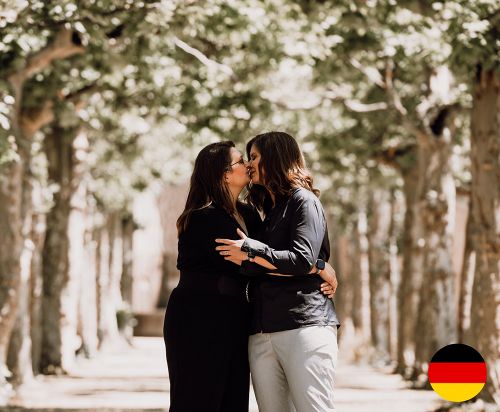 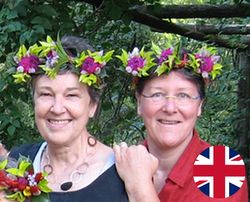 This campaign is run in conjunction with: