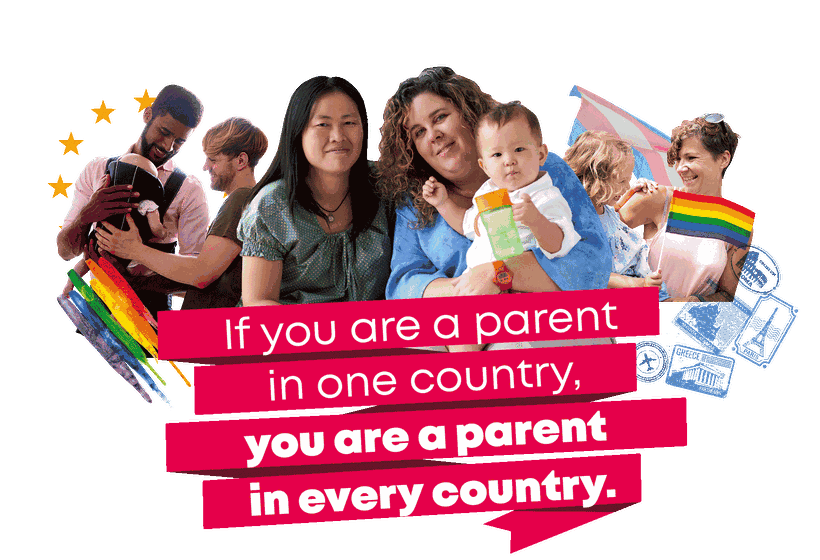 Many countries within the European Union still don’t recognize same-sex parents.
That means that their children can end up stateless or losing one of their parents if their family moves to another EU country. This has to stop. 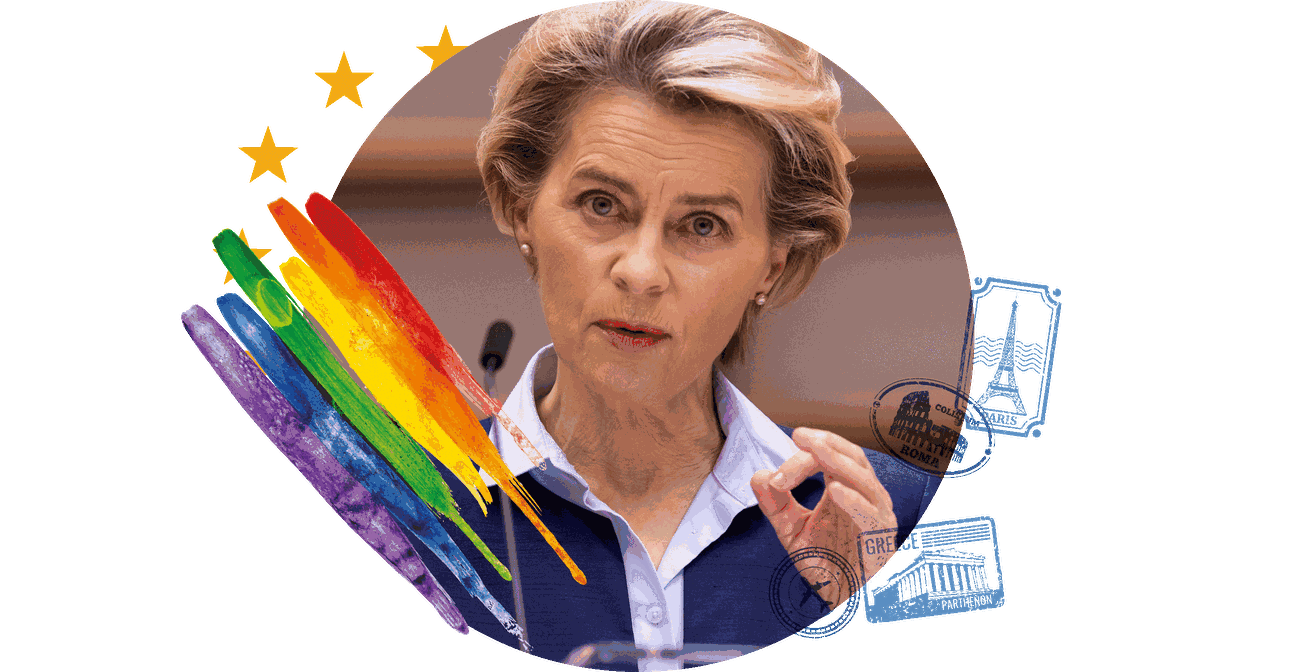 17 years ago, the European Union ensured that EU citizens and their family members have the right to move and live freely.

Children of same-sex parents are especially likely to fall victim to these legal gaps and are deprived of the protection they deserve. Sometimes, they can’t get citizenship, sometimes they lose their legal parents, sometimes they are even left stateless.

In 2020, the President of the European Commission, Ursula von der Leyen, said, in her State of the Union address, that she will push for “mutual recognition of family relations”. EU institutions must now ensure that LGBT+ families are respected and treated equally under the principle of freedom of movement across the EU.

To Ms. Helena Dalli, EU Commissioner for Equality, and Members of the European Parliament:

Freedom of movement is a fundamental EU right and needs to be guaranteed for all EU citizens, regardless of their sexual orientation or gender identity. The rights of children in LGBT+ families must be fully protected.

We call on you to propose a new regulation requiring recognition of civil status documents, issued in any member state, as valid for all purposes of national law. Every family should continue to exist when crossing EU borders. 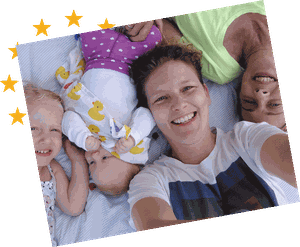 “In 2014, we had baby Francesca and she didn’t have any nationality, because in Spain you get the nationality from your parents, you don’t get Spanish nationality just for being born in Spain. To get Spanish citizenship (and a passport) for Francesca, we needed a British or Greek passport first. But that was impossible because both our countries didn’t recognize us as mothers of our own daughter. In 2017, Francesca got a beautiful sister, Alexandra. After much campaigning and wrangling, they both got Spanish citizenship, now. But they still aren’t considered equal to all other children: In the UK, Francesca only has one mother, while, in Greece, Alexandra has no birth certificate because Kate isn’t recognized as her mother! If I was a Greek man and my wife was British, from the moment the children were born they could have British nationality, Greek nationality and a year later Spanish nationality,”

"The law’s job is to regulate realities in a society. Our family is such a reality, and I regret that [...] our country [does] not have the courage to admit this fact. Not recognizing our marriage does not have the power to break the bond between us. But it has the power to make our lives much more difficult. It is a pity when your own country creates difficulties and makes you feel small and insignificant, and I am sure that in this respect, many people know how we feel.”

Lilly Babulkova and Darina Koilova. They are married in the UK and have been trying to register their marriage in Bulgaria as required to every Bulgarian citizen who marries abroad. 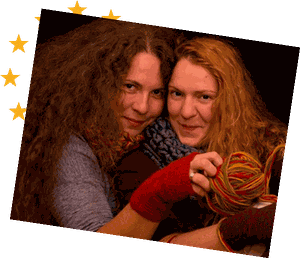 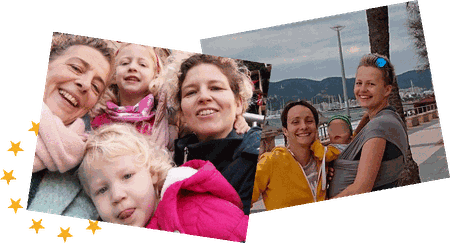 “We would like to live and work legally in Spain. We were convinced that our marriage will facilitate the whole process and we could move to Spain under the law on free movement of EU citizens and their non-EU family members. Last week, we received the response from Spanish Aliens Office that to have a valid marriage in Spain and to be treated like a married couple (with all the attendant rights and responsibilities) apart from our marriage certificate from Scotland we must provide a certificate attesting that our marriage is registered with the Civil Registry Office in Poland. We are deeply disturbed by this news and requirement, because it is not possible to register the same-sex marriage in Poland, the decision of Civil Registry Office would be negative. We even do not know if we receive a written explanation of negative decision with exact reasons for the refusal.”

“We moved back to Ireland in October of last year and had hoped that the legislation would be in place to recognize our family by then. I am on our children’s birth certificates but am a legal stranger to them in this country. Our two children are now 5 and 1. For our 5-year-old we had to get an affidavit to say that Angela was the only parent involved in her life. Even though I am on her birth certificate! I was completely ignored. I don’t exist. I can’t sign medical consent forms. I couldn’t sign the paperwork for her starting school in September. For our 1-year-old, we’ve been putting off getting his passport to avoid the need for an affidavit, hoping the legislation being put in place would allow the passport office to recognize my name on his birth cert. Now we are faced with the decision between another affidavit (which is a legal lie really) or go for guardianship once he turns two in February before applying for his passport, which we need for a holiday. I have been unable to sign medical consent forms for him. I was almost turned away from his vaccination appointment because I’m not his “real Mam”. Every single altercation like this affects me emotionally. All we want is to be recognized as a family.”

What is this campaign trying to achieve?

Many families in the European Union stop being considered families the moment they set foot in a different country. The reason is simple: while the EU allows married couples to move and reside freely inside its territory, that rule doesn't apply to same-sex couples. If a legally married same-sex couple moves to an EU country that doesn't recognize same-sex marriages or registered partnerships, they are automatically stripped of their rights as a married couple, which puts them – and their children – in a very vulnerable and dangerous situation. This campaign is asking the EU to fix that.

Isn’t freedom of movement a fundamental right for all EU citizens?

Yes, freedom of movement is one of the basic rights of EU citizens. It means that “every citizen of the Union shall have the right to move and reside freely within the territory of the Member States,” and that that right should also be granted to their family members, irrespective of nationality.

But it is still unclear if this includes same-sex families. In 2018, the EU Court of Justice ruled in the “Coman case”, that same-sex marriages should be recognized in every Member State. The case involved Mr Coman, a Romanian man whose American partner wanted to move to Romania but was not granted a residence permit because they were a same-sex couple. To date, Romania has still not granted the residence permit.

What does freedom of movement mean concretely for families?

If a family moves within the EU, “the parents’ marriage certificate and the children’s birth certificates will be recognized. The parents will enjoy all the rights and duties of married couples. Their children will have two legal parents. The family will be able to focus on finding employment or self-employment, and a place to live.” (Source)

What happens to same-sex families when they move countries?

Unfortunately, many countries within the EU still don’t recognize legal ties between LGBT+ partners (and their children). Therefore, many same-sex cross border families are put in legal limbo. In these cases, couples cease to be legally a couple, “becoming instead two unrelated individuals, and their child or children go from having two legal parents to only one legal parent or (in a few cases involving surrogacy) no legal parents at all.” (Source)

Does it mean a child can “lose” a parent when its family moves within the EU?

Yes! And it’s not only that. If something happens to the biological parent while the family is abroad, their child could become an orphan. Sometimes, children born to a same-sex family can’t get citizenship and risk ending up stateless. The fundamental rights to their identity, name, surname and nationality are denied. This means that same-sex families cannot move freely and cannot make plans for starting a life somewhere else.

Would it really be different for straight parents coming from different countries?

Let’s look at a concrete example. If a family was made of a Greek man and a British woman giving birth in Spain, from the moment the children were born they could have British nationality, Greek nationality and, a year later, Spanish nationality.

In the case of two moms, one Greek and the other British, having their children in Spain thanks to fertility treatments given to the Greek mom, they won’t have any nationality. That’s because Greece doesn’t accept two women on a birth certificate, the UK requires being married and undergoing fertility treatment within its borders, and in Spain you get the nationality from your parents, you don’t get Spanish nationality just from being born in Spain.

What happens when children have no nationality?

They won’t be able to get a passport and leave their country. This might seem trivial, but imagine if a parent's worst nightmare happened and their child was diagnosed with a life-threatening disease that requires travelling overseas to get the required treatment.

What if same-sex families are fully recognized in their own countries?

It doesn’t matter. If a same-sex family “goes on holiday to certain EU member states and something happens to the child, they may be unable to give medical consent or sign liability waivers as their legal relationship to the child is non-existent when they cross the border.” (Source)

And this can happen with same-sex couples who don’t have children, too: “If they have an accident let’s say and one needs to get consent, they will not be able to do that if they are not recognized,” says Alina Tryfonidou, a Professor of European Law at Neapolis University Pafos, to Euronews.

Are there other consequences for the families?

LGBT+ parents face difficulties to travel with their children or to sign documents for school or other activities. They face problems getting discounts for zoos, theaters or public pools.

Children may even face problems as adults, e.g. when they try to get a marriage license with a non-recognized birth certificate stating same-sex parents.

How is this possible?

The content of civil status documents like marriage or birth certificates is not automatically recognized within the EU. Countries that don’t offer joint motherhood, for example, won’t transcribe or register those documents established abroad. Only a few countries recognize all those documents (legally issued in another EU country) for all legal purposes.

What can the EU do to help?

The EU has no jurisdiction when it comes to family law, which is determined by individual member states. However, when it comes to cross border issues such as the ones that affect same-sex families, the EU does have power. Here are some possible actions:

How does this apply to the UK after Brexit?

Even if the UK is no longer an EU member state, family ties still matter. If the EU recognizes civil status documents, issued in any member state, as valid for all purposes of national law allowing every family to continue to exist within the EU, the UK might be pressured to follow suit.

What can I do to help?

Share our petition and ask your family and friends to call on the European Union to propose a new regulation requiring recognition of civil status documents, issued in any member state, as valid for all purposes of national law.

This campaign is being run in conjunction with NELFA