As Qatar is set to host the 2022 FIFA Men’s World Cup, the country will soon be a star on the world stage. So, too, will its horrendous track record on human rights.

Qatar presents itself as a modern nation and FIFA selected the country as this year's host nation. But it is a dangerous place to be LGBT+

That is why it’s more important than ever that together we set the stage by demanding FIFA and Qatar live up to the principles of the World Cup: pride, inclusion, and diversity.

LGBT+ lives depend on it.

Qatar projects a modern and glitzy lifestyle, but that image is simply a mirage for so many – especially for the country’s LGBT+ community, who live largely in the shadows. To be LGBT+ in Qatar means living in constant fear for your health, safety, and even your life.

However, some LGBT+ Qataris are finding ways to speak out, share their stories, and fight for their right to express themselves.

Listen to the powerful voices of LGBT+ Qataris as they share their stories of survival and resilience.

*Warning: The testimonies below have been collected from LGBT+ Qataris, both currently in Qatar and those who have managed to flee the country. Although they are being shared anonymously, they represent firsthand accounts of what life is like for the LGBT+ community in Qatar. Discretion is advised. Nas Mohamed is the first queer Qatari to publicly come out – and he did so bravely in an exclusive interview with the BBC. Ever since, he's been advocating for Qatar's LGBT+ community and is sharing his story to inspire LGBT+ folks all around the world.

Fatima is a 30-year-old transgender woman living in the capital of Doha and shares the struggle of finding resources to aid her transition and the constant violence she faces.

Noora is a lesbian forced to live in the shadows, unable to live openly and proudly. She shares her struggles with anxiety and depression as she hopes nobody discovers her truth.

Khaled always knew he was different but thought he was all alone in Qatar. After seeing an openly queer Qatari on TV, he has a sense of hope for the future.

Faisal has been bravely doing drag in Qatar for nearly fifty years. However, after a violent incident with Qatar’s undercover police, they’ve been left suffering with PTSD and suicidal thoughts.

Being gay is illegal in Qatar under Article 296 of the penal code, with punishment ranging from 3-5 years imprisonment and even the death penalty. So, how will such an LGBTphobic nation hold a global football tournament that is safe and secure for everybody?

Already, LGBT+ visitors to Qatar are being told by the Qatari government to avoid public displays of affection and authorities may even confiscate rainbow flags “for fan’s protection.” How do statements like these embody the values supposedly held by FIFA?

Will you tell FIFA and Qatar that love is not a crime?

The World Cup is so often a symbol of pride, diversity, and respect. These are values that unite teams from around the world. However, the 2022 World Cup fails to embody those values.

Instead of celebrating the beauty of the all the citizens of Qatar, the Qatari LGBT+ community is being forced, along with LGBT+ football fans, to refrain from being their authentic selves. Meanwhile, the World Cup is reinforcing the fact that LGBT+ Qataris are forced to live in the shadows, hiding their true identities, and living in fear for their safety and freedom. This is not what the World Cup should be known for.

There is no shame in being human. Love is not a crime.

Consequently, we are demanding, as evidenced by the historic progress in Human Rights that the World Cup has addressed over time, that FIFA officials act today to pressure the Qatari government to meet two simple demands regarding the LGBT+ community:

1.) Ensure the safety and security of all LGBT+ people traveling to Qatar for the 2022 World Cup by decriminalizing homosexuality. No World Cup fan should have to travel in fear just to see the World Cup game.

2.) Permanently repeal Article 296 and other discriminatory legislation so that all LGBT+ Qataris have the chance to live openly, freely, and safely. Just as importantly for World Cup visitors, is the right of every LGBT+ Qataris to live with the freedom to be their authentic self.

FIFA and Qatar: the world is watching. Now is your chance to show that FIFA and Qatar embody the values of a modern world, where love is not a crime – not just this year, but always.

The World Cup is a global tournament featuring some of the world’s greatest football talents, and it brings together diverse teams, leaders, and companies from every corner of the globe.

Now is the time to hold them accountable.

Thanks to supporters and partners from around the world, there are many ways you can show your support! 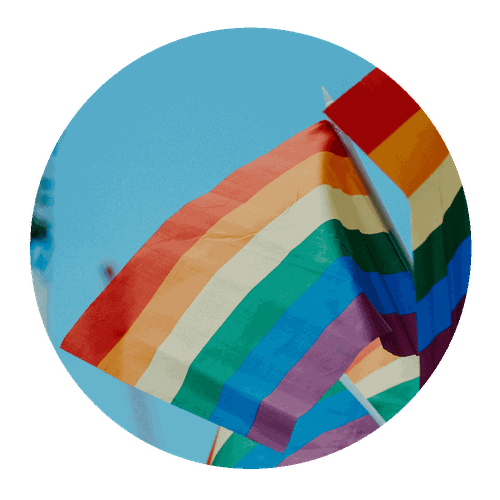 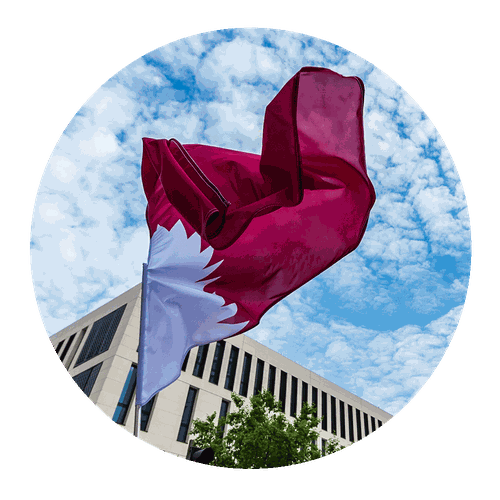 FIFA: It's time to live up to your own standards!

FIFA broke its own standards and rules when selecting Qatar as the 2022 World Cup host nation. We must hold them accountable! 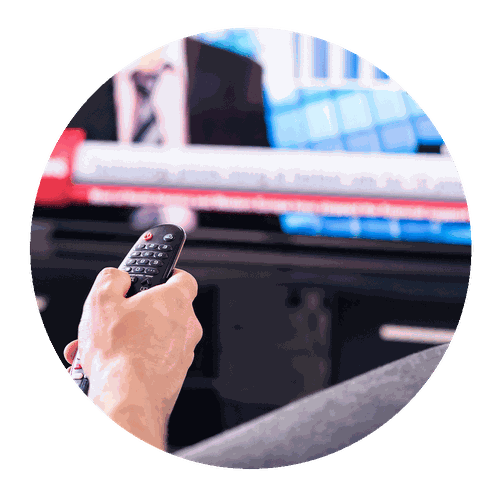 From FOX to the BBC, TV networks have a responsibility to share the truth. Help make sure they do just that! Tell them we want to see the real rainbow in Qatar!

Would you like to start your own campaign to support LGBT+ Qataris? For example, by asking your own government to speak up?

Following his public coming out in an interview with the BBC, Dr. Nas Mohamed launched a campaign on All Out’s petition platform pressuring FIFA and Qatar to decriminalize homosexuality. 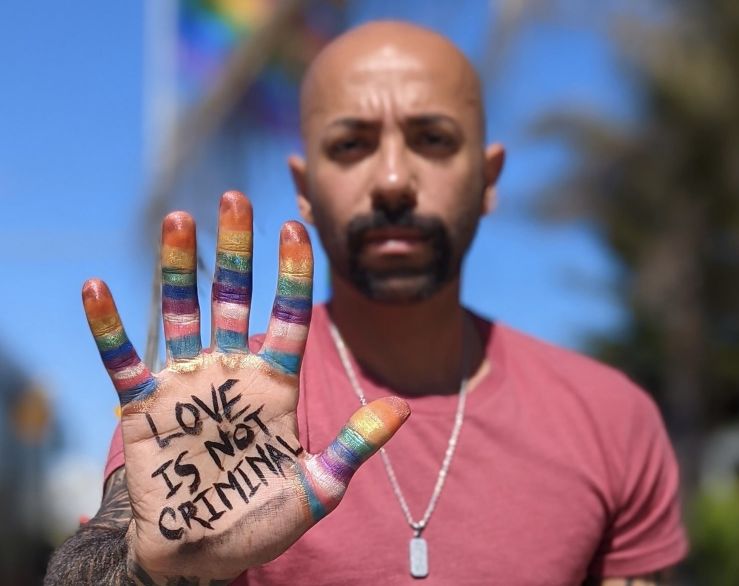 FIFA officials responded to eight core demands from a coalition of LGBT+ organizations, but failed to offer any concrete plans or ideas to ensure the protection of LGBT+ visitors to the country or of LGBT+ Qataris. 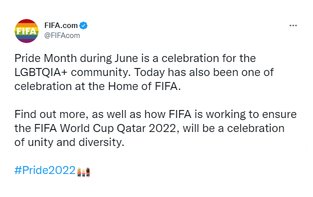 FIFA tweets its support of LGBT+ rights during Pride Month, despite  its sponsorship of state-sanctioned homophobia in Qatar

All Out joined Brazilian Superstar Luisa Sonza on stage at her concert to highlight the situation LGBT+ Qataris face and to apply pressure on FIFA to ensure the safety of everyone in Qatar.

Anti-LGBT+ forces in the Middle East fought  back against Pride Month with a campaign named ‘Fetrah’ – which means “natural instinct’ in Arabic. The campaign went viral and was even blocked by Facebook and Instagram.