Two young Chechen men have been arrested, handed back to Chechen authorities, and forcibly returned to their homeland. Call on the US President to demand that Russia release them. 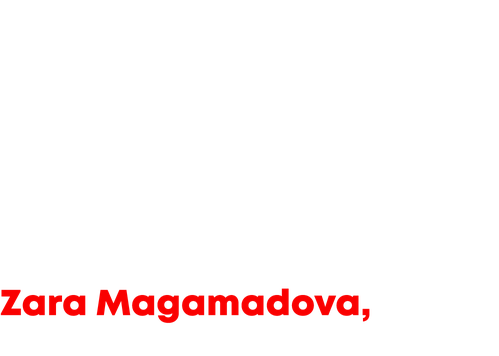 The Russian LGBT Network is reporting that Russian police have raided their safe house and arrested two LGBT+ men who escaped from the republic of Chechnya. The two men have been handed over to Chechen authorities and returned to their homeland.

In June last year, the two young men, Salekh Magamadov (20 years old) and Ismail Isayev (17 years old), fled from Chechnya and relocated to the Russian city of Nizhny Novgorod. They had been arrested and tortured by Chechen special police in April and May 2020 for running an opposition Telegram channel and were later forced to record a video apology.

Their capture by Chechen authorities means they are in severe and immediate danger of further torture and death.

On the same day as Salekh and Ismail were arrested in Russia, US President Biden signed a Presidential Memorandum directing all US overseas diplomatic and foreign assistance programs to do more to protect the human rights of LGBT+ people.

Join this call on President Biden and Secretary of State Blinken to live up to this promise and to make an immediate demand to the Russian Government that Salekh and Ismail be released unharmed.

The lives of two young men are at risk for no other reason that they are LGBT+.

Join the call for their release now and share this petition urgently with as many people as you can.

To President Joe Biden and Secretary of State Anthony Blinken:

Two young LGBT+ men who escaped torture in Chechnya have been arrested by Russian police and handed to Chechen authorities.

They are in immediate and grave danger.

They were arrested on the same day you published your Presidential Memorandum on global LGBT+ rights.

We call on you to live up to your promise of using US diplomacy and foreign assistance to protect the human rights of LGBT+ people and to make immediate entreaties to the Russian Government to release Salekh Magamadov and Ismail Isayev.

“We were taken to the Chechen Republic. On the way, which lasted two days and throughout which we were subjected to physical and psychological violence, there was a stop, and we were taken to an unknown house. We spent the night there. All this time we were handcuffed.”

“My brother [...] and I, fearing torture, agreed to sign a testimony that we did not give, [...]. On the morning of February 7, we were threatened and forced to confess to a crime we did not commit. They said we had to sign a confession.”

“After my answer, the police officer took me to another office, grabbed my chest, hit me twice against the wall. I had to answer that I would sign an agreement with the appointed lawyer. Then the police officer explained to me: “If you try to resist us, then I am ready to kill you, even in the courtroom. I wouldn't be a man if I didn't kill you.”

A new hearing extended Salekh and Ismail’s preventive detention to March 27, 2022. Due to critical health conditions and denied access to medical examination, Salekh and Ismail had to pause their hunger strike.

After being detained for over 10 months and threatened with honor killings on Chechen TV, Salekh and Ismail went on hunger strike to demand that their case be moved to a more impartial court. (Source)

The first hearing took place. Salekh and Ismail face up to 15 years in jail for allegedly providing some food to a member of an illegal armed group. The ​​judge denied their request to move their case to another more impartial court.

The Chechen Investigation Committee refused to investigate and initiate a criminal case into Salekh and Ismail’s accusations of being tortured.

The lawyer representing Salekh and Ismail confirmed that they have been tortured and, together, we denounce these atrocities. (Source)

Six UN human rights independent experts, including the UN Independent Expert on Sexual Orientation and Gender Identity, signed a letter to the Russian Government on the arbitrary arrest and detention on Salekh and Ismail.

Chechen authorities detained at least twenty relatives of Ismail and Salekh for a few hours: They wanted to know where their parents were in order to force them back to Chechnya. (Source)

This is a first step, but we need to keep up the pressure. Sign and share the petition now.

Even before official charges were brought against Salekh and Ismail, Chechen Press Minister Akhmed Dudayev told the media that the brothers were involved in helping an "illegal armed group" and that they had already given "confessions". A few days later, an official accusation was brought against the two brothers.

When the Russian LGBT Network found out that the two men were arrested, they immediately broke the news to the public.

This campaign is run in partnership with